In order to list the physical volume on which all these logical volumes and volume groups are created, use the lsblk command in the terminal:

The lsblk command shows the complete structure of the logical volumes and volume groups on top of physical volume and the size of each block.

Before removing a snapshot, first, make sure it is not mounted on the system. List all the mounted file systems using the df command:

The df command shows that both the snapshots are mounted, and the file system of these snapshots is ext4. Unmount the filesystem:

NOTE: Make sure you have a backup of the snapshot before removing it from the volume group, as you will not be able to access the data after you remove it.

The snapshot has been unmounted. Now, remove the snapshot from the volume group using the lvremove command:

After removing the snapshot, list all the logical volumes on volume group vg01 using the terminal:

The removed snapshot is not showing up in the list of logical volumes. If the snapshot is mounted on the system, the lvremove command will not remove the snapshot from the volume group:

In the previous sections, listing and removing the snapshots operation has been demonstrated using the command line interface. For experienced Linux users, it is easier to use the command line tool, but for beginners, it is much more challenging to use the command line tool. The kvpm tool provides a nice graphical user interface to interact with physical volumes, volume groups, and logical volumes. The installation process for this tool has been described in the previous article ( How to Create Logical Volumes and Filesystems). Open the kvpm tool by running the following command in the terminal: 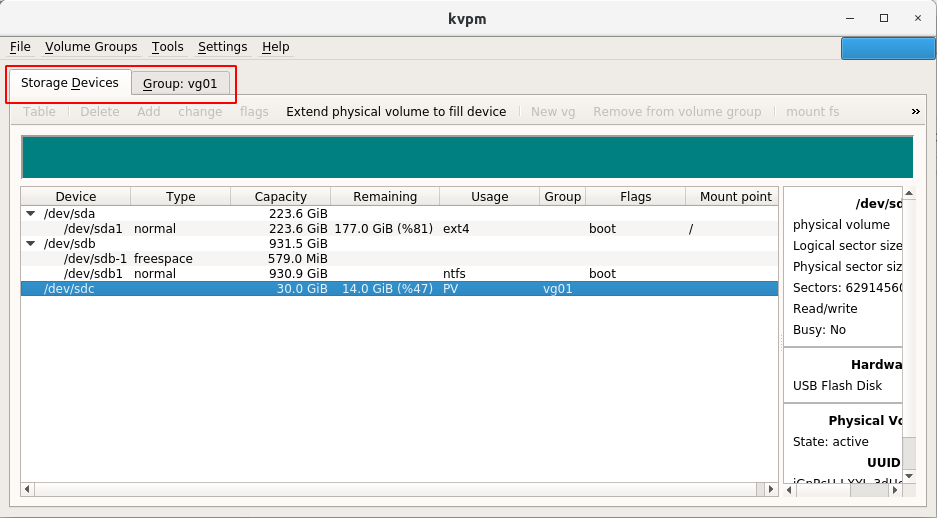 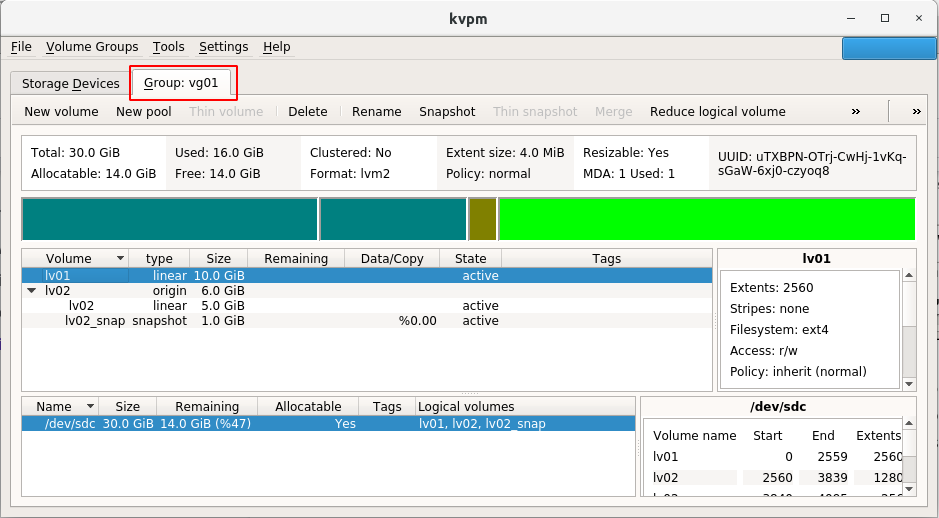 In the “Group:vg01” tab, the kvpm shows all the details of the volume group vg01. It displays the total size, used space, available space, allocatable space, and other information of the volume group vg01. Below this information, the kvpm also shows all the available logical volumes and snapshots, with their size, type, and state.

Before deleting a snapshot, make sure you do not have any critical data or you have a backup of all the data available in the snapshot. In order to delete a snapshot using the graphical user interface tool, select the snapshot to be deleted, and click on the “delete” button: 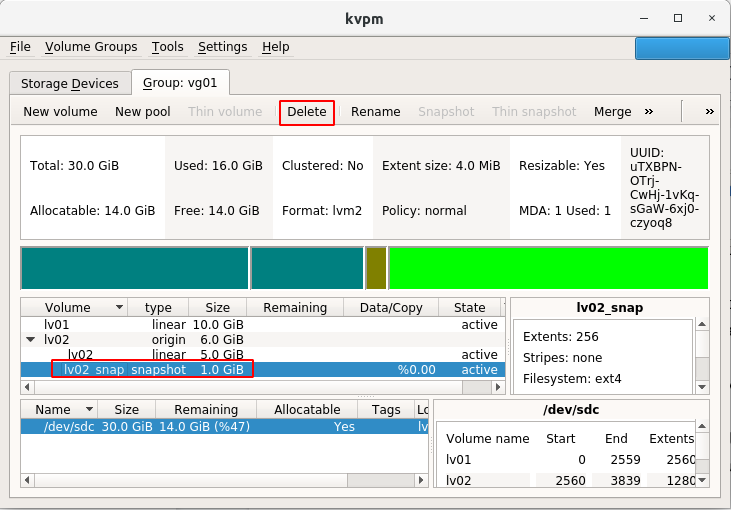 Now, it will ask for the confirmation before deleting the snapshot:

Click on “Yes”, and the snapshot will be deleted. After deleting the snapshot, use the lvs, lvscan, or lvdisplay command in the terminal to check whether the snapshot has been deleted or not.

Only two logical volumes, lv01 and lv02, are available on the volume group vg01 and the snapshot has been deleted.

How to Check the Size of /TMP in Linux