How to Use Linux Strace Command? 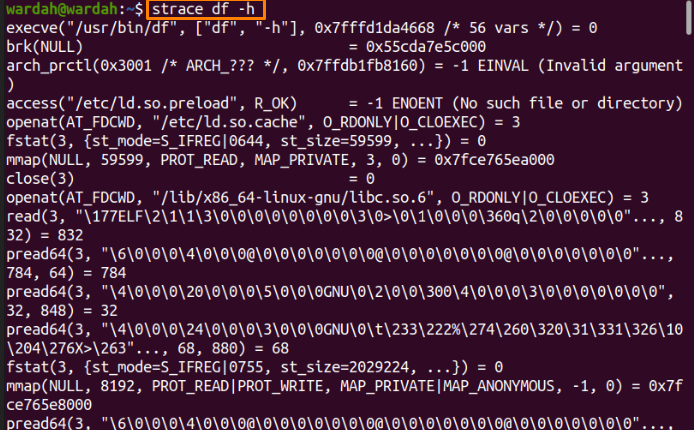 The “strace” is a Linux command-line utility that is a useful and powerful tool to capture, monitor, and troubleshoot the programs in a system. It records and intercepts the system calls, which is quite helpful when some program crashes and does not execute as expected.

The “strace” command tool prints how the program operates and communicates with the system. Through this, the user can easily decipher where the errors are occurring while loading the program.

The syntax of the “strace” command is:

How to Install “strace” Command?

The “strace” is a built-in tool in Linux systems, but if it is not pre-installed on the machine, type the given command in the terminal:

How to Use “strace” Command Options?

Execute the given options to check the working of “strace” command:

To trace the list of all system calls of the system, execute the “strace” command with the “df” command in a terminal:

(The “-h” option will display output in human-readable format)

To display the instruction pointer while each system call of the program is listed in the terminal, use the given command: 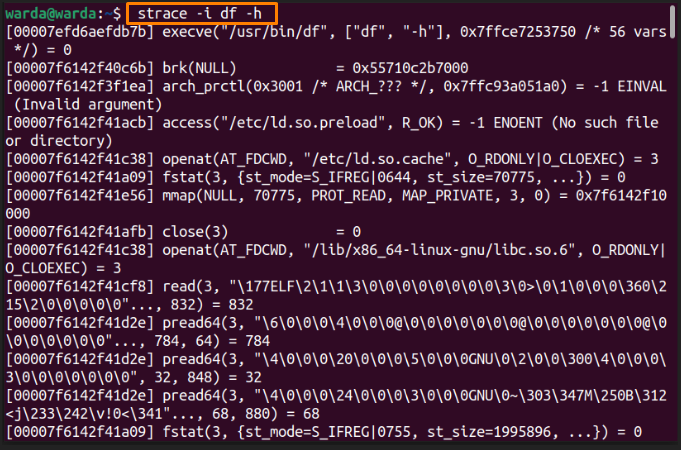 To display the clock time of the day for the tracing output in every single line, type the “-t” option with the given command: 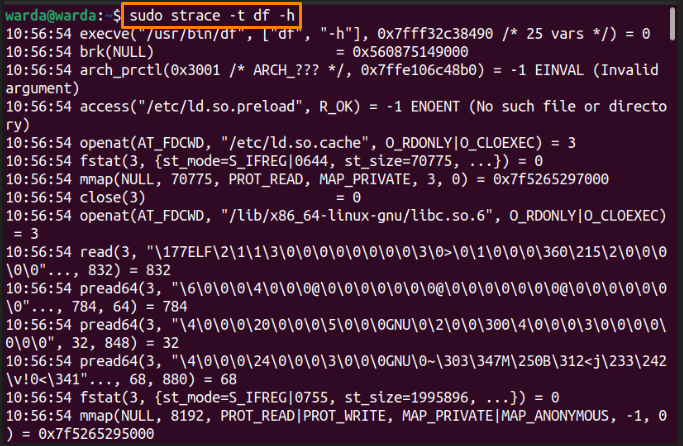 consumed of each system call, which includes its starting and ending time: 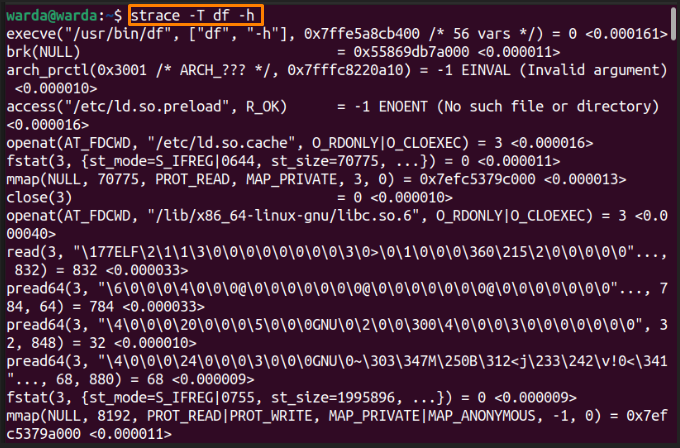 In the above sections, we have seen the lists to trace system calls, but if you want to trace specific system calls, do it through the “-e” option using the following ways:

Supposed you would like to trace the system calls of “read”, the command would be: 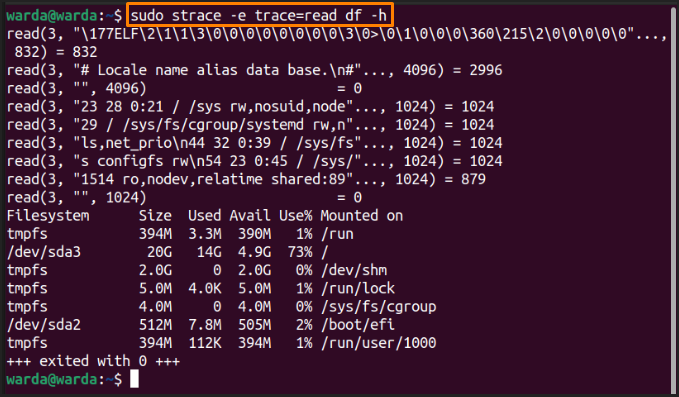 Here, trace is termed as “qualifier” and the “read” is its value.

To trace the system call of qualifier value “signal”, type the command:

To trace the system calls of qualifier value “network”, type:

To trace all the system calls that include “memory”, type: 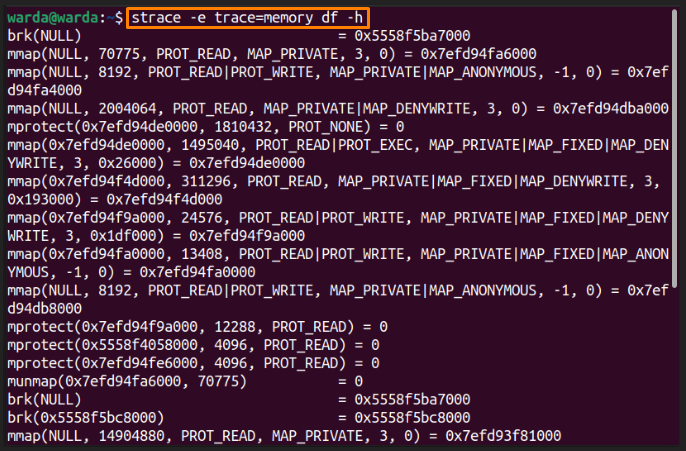 (NOTE: Some of the actions need “sudo” privileges to function while some can be done without it).

What is the Meaning of chmod 755, and How to execute and Verify It?

How to Use Linux Stty Command?