What is the Meaning of chmod 755, and How to execute and Verify It? 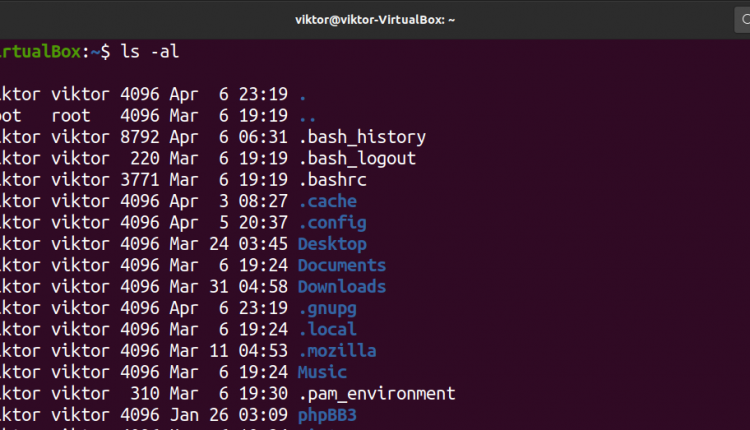 In Linux, chmod is a built-in command that manages the access permission of file objects (files and directories). It can assign groups, users, and others to have permission for executing, reading, and writing permission on a certain file or directory.

The number defined after chmod represents the permissions. The chmod 775 is an essential command that assigns read, write, and execute permission to a specific user, group, or others.

Before diving deeper, let’s have a look at the basics of chmod. Because Linux is a multi-user system, it’s important to have a proper file permission system that controls user access. For any file or directory, there are 3 types of permissions.

Using the chmod command, it can set custom permissions to files and directories. Here’s the command structure of any chmod command.

For this guide, we’ll be focusing on the chmod 755 commands.

First, run the following ls command. It’ll print information about the files and directories under the home directory.

As mentioned earlier, the first character indicates whether it’s a file or a directory. What do the next characters mean? Here’s a quick breakdown.

Note that characters 2-10 feature only a handful of values.

How does the read, write, and execute permission apply to files and directories?

This leads back to our original question. What does the chmod 755 value mean?

Instead of using characters, it’s also possible to use octal values to signify the permissions. The value ranges from 0 to 7 (in octal).

Here, 755 is an octal expression of the permission “rwxr-xr-x”. Now, breaking down the chmod 755 value,

It’s time to put chmod 755 in action. To set the permission to 755, run the following chmod command.

What if the directory contains one or more sub-directories? To apply chmod 755 to all the subsequent files and directories, run chmod in recursive mode.

This guide covers a lot of concepts. It explains the basics of the chmod command, with an in-depth explanation of chmod values and their usage. It also demonstrates how to apply various chmod values to files and directories.

For further examples, here’s an awesome guide on various chmod usage with examples. It demonstrates numerous applications of chmod with different values. The information from this guide will help to understand the steps better.

A multi-user system must also have a robust user permission management system to control the behaviors of the users. In Linux, the sudoers file decides which users get to execute sudo commands. Learn more about how to add users to sudoers.

How to Run “patch” Command in Linux?

How to Use Linux Strace Command?