How to Use Ksnip to Annotate Images and Screenshots in Linux

This article will cover a guide on installing and using Ksnip image and screenshot annotation utility available for Linux. Developed in C++ and Qt, this application can be used as a replacement for another similar Linux app called “Shutter”, whose development picked up again after a long time. In fact, it has some useful features that are not present in Shutter and it supports Wayland protocol as well. Ksnip works on all Linux distributions, regardless of the desktop environment you use. It is a cross-platform application and it can also be used on macOS and Windows.

Besides annotation of screenshots and other images, Ksnip can also be used to directly capture screenshots of your desktop in a variety of layouts. Main features of Ksnip include:

Ksnip packages can be downloaded and installed in Linux distributions using numerous ways.

Once Ksnip is installed on your system, you can use it to capture a screenshot before editing or you can import existing images. To capture a screenshot, launch Ksnip and click on the downward arrow besides the “New” button. Select your desired option to start capturing screenshots. The “New” button will highlight your current selection and remember it on the next launch. So you can use it as a quick shortcut. On the top right corner, you will find an option to take a timed screenshot by adding your desired capture delay in seconds.

Once a screenshot has been captured, it will be available automatically for editing.

To open an existing image, hit

The main annotation and editing window looks like this: 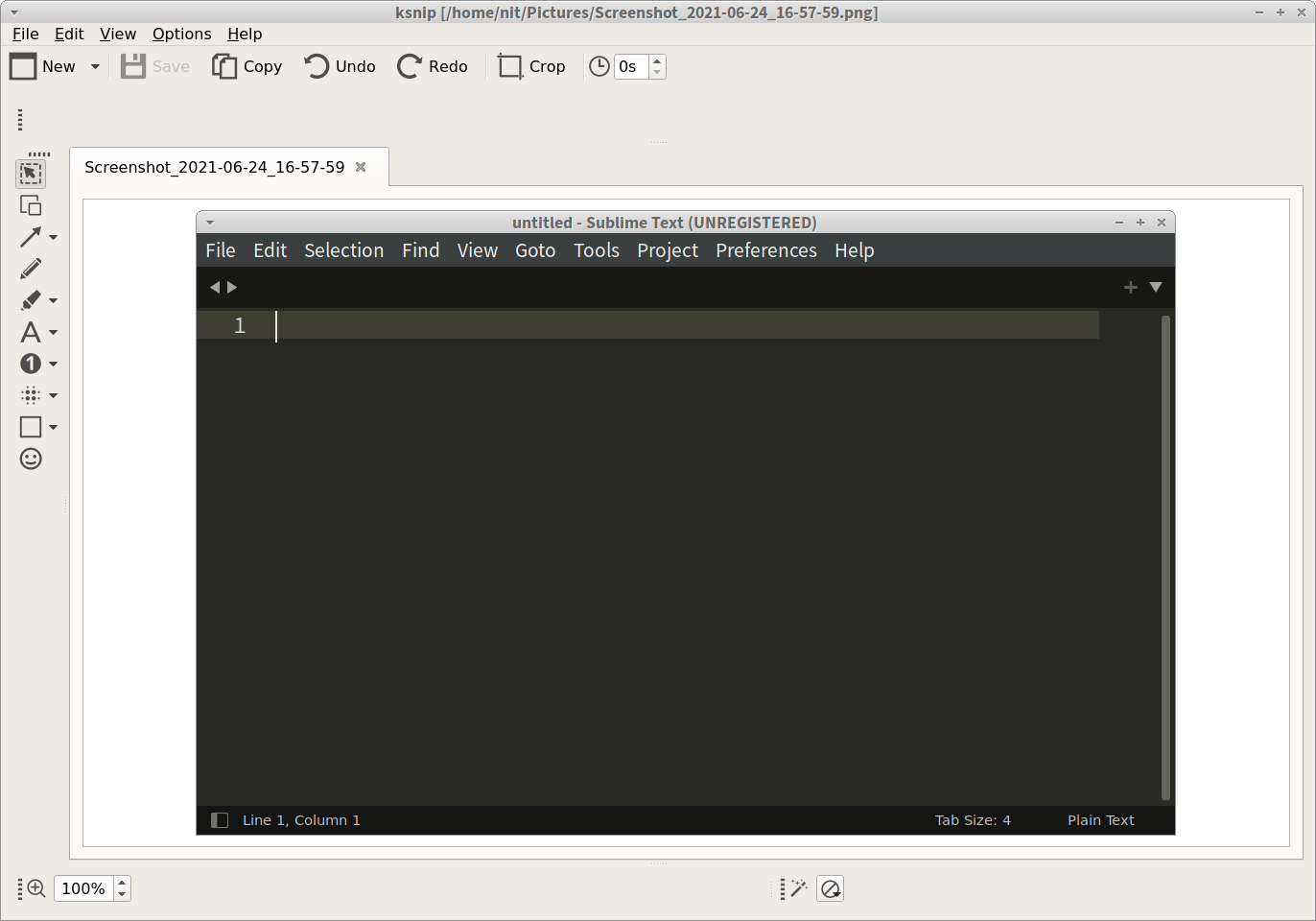 The vertical panel on the left shows various tools that can be used to edit images. These tools include geometrical shapes tool, line tool, selection tool, highlighter tool, censor and obfuscation tool, arrow tool, number tool and a sticker tool. The bottom panel includes options for applying image effects and controls for zooming into images. Once you are satisfied with your edits you can just hit

Ksnip annotation utility is being developed quite actively. It is by far one of the most comprehensive screenshot editing applications available for Linux today. It is nearly on par in functionality with another such utility called “Shutter” which doesn’t seem to work on Wayland at the time of writing this article. If you have used Shutter in the past and are looking for something similar, especially one that works on Wayland as well, Ksnip can be used as an excellent drop-in replacement.

How To Use “Truncate” Command In Linux?

How can I see DPKG and apt history