In various instances, you will need to edit the host file in the system. That can be to either use it as a firewall, i.e., control some network traffic, add a domain name, or test out its functionality.

The host file is a local file or local DNS system that contains a static table lookup for hostnames and IP addresses. It is available in all operating systems, including Windows, Linux, and macOS.

Because it is a local DNS system, it takes precedence over other DNS systems, making it a good choice for unrecognized domains.

This quick tutorial will help you understand what the file contains and how you can edit it.

How to Edit the Host File

You will find the Linux host file stored in the /etc directory. That means you will require sudo privileges or root user to modify its contents.

The general syntax for the entries in the host file is:

The IP address specified in the host file can be either an IPv4 or IPv6 address as long as it resolves to the specified domain.

The host file also supports comments that the system ignores. They begin with an octothorpe (#).

For example, the system will ignore the following entry.

Now, there are some rules to naming hostnames in the host file, allowing the system to resolve to the specified IP address.

Allow me to show you an example edit of the host file. In my example, I have a local website running on port 8000, and I want to use the domain development.local.

Since the domain development.local is not a valid domain, I cannot rely on DNS to resolve it. Hence, I can edit the host file as:

Finally, I can add the entry shown below:

Save and close the file.

Finally, open the browser and navigate to the address

If the hostname is correct, the website hosted on the specified port will load.

The next use case is to block a website by redirecting the traffic to an invalid IP address. For example, to block google.com, add the IP address to localhost as:

NOTE: In the above example, we used the Hex IP notation to represent localhost.

To confirm the changes, open the browser and navigate to google.com 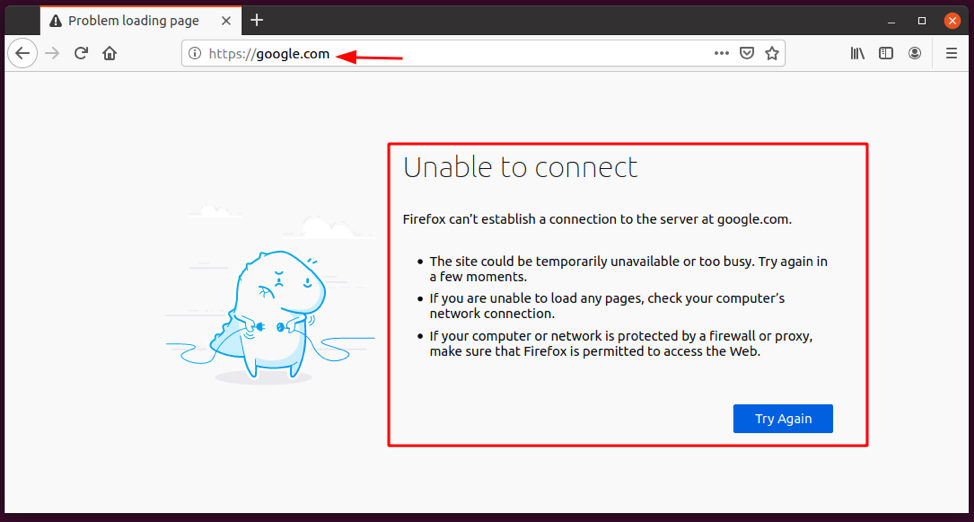 As you can see, the address does not resolve to the right address despite my internet connection working correctly.

A simple ping also shows that the address resolves to localhost as shown below:

In this tutorial, we covered how to edit the hosts file in Linux and use it as local DNS or a Firewall. Editing the host file comes in handy, especially in cases where the DNS server is down.

How to Get md5 Hash Of A File