What is Neofetch for Linux? 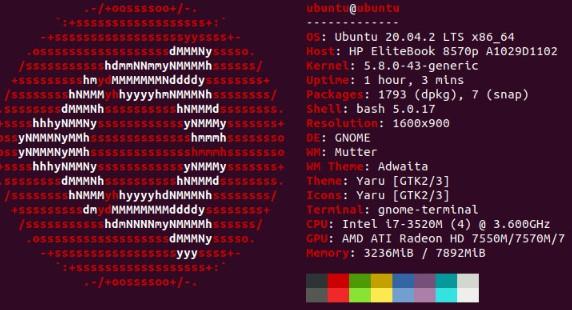 Neofetch is a super-convenient command-line utility used to fetch system information within a few seconds. It is cross-platform, open-source, and it displays everything ranging from your system’s uptime to the Linux kernel version. This guide will explain the working of Neofetch, its features, and the method of installing it.

This CLI utility is written in Bash, so you will need to run and use it on a Bash Terminal. That, however, does quite the opposite of limiting its portability. Neofetch can run on more than 150 operating systems including Windows, Linux, Mac OS X – basically anywhere you run Bash, you can run Neofetch.

On first use, system information will appear next to your operating system’s logo printed in ASCII. That is customizable to any ASCII image of your preference. Neofetch further takes its configurability to a higher level by allowing you to change which, where, and when information should display. This extent of customizability is exactly what puts Neofetch above other CLI system information tools.

Neofetch equips its users with 50+ output configurations allowing them to show system stats as per their wishes. It is fast, highly customizable, thorough in its output, and prints a fully colored image.

The installation process is quite simple and easy, as you will see shortly. If you are running Ubuntu 16.10 or lower, you can get Neofetch from Ubuntu Software directly without a fuss. You can also do it through the terminal, as shown below.

Firstly, adding the application repository is necessary, and only then we can install it. To do that, run the following commands:

If you use Ubuntu 17.04 or a higher version, you only need to run the last command out of the three mentioned above.

Arch Linux users should use the command below:

Finally, on openSUSE, you can use the following command:

Having installed Neofetch on your operating system, you can now start using it to display system info through a short terminal command. Run the command below and watch Neofetch work its magic for you.

So, by default Neofetch will show you the following list of items:

As I have stated before, Neofetch is extremely customizable. You can change basically everything about its output. Let’s get a deeper understanding of how you can set your preferences and configure Neofetch in different ways.

If you want to change which Linux distribution or, more generally, which operating system’s logo appears in a colorful print upon invoking Neofetch, you can use the following command. Do note that you do not have to install these operating systems or distributions to be able to display their logo next to system information.

Here is the output I got: 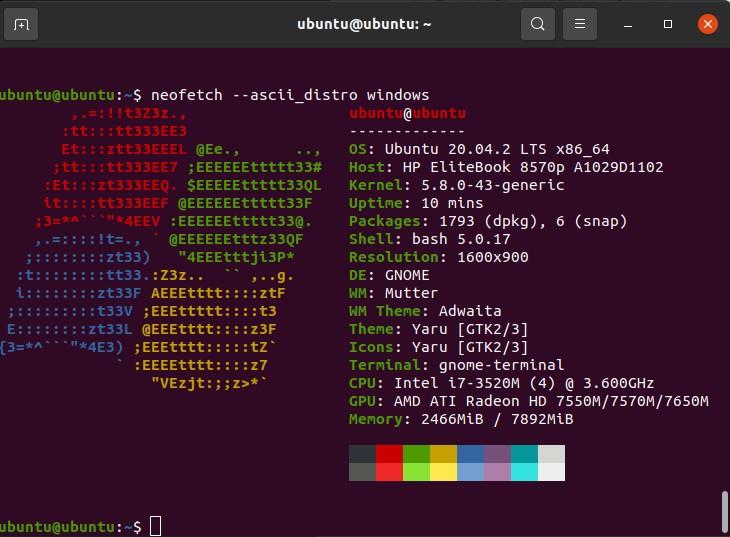 Pretty cool, indeed. You can do the same thing for any other OS/distro as well. For example, run the following command to display Debian’s logo:

As promised earlier, you can also display custom images of your choice instead of operating system logos. Let’s learn how to do that.

First off, you are going to install some package dependencies, namely w3m-image and Imagemagick. w3m-image is used to display pictures and Imagemagick is necessary to create thumbnails. These are oftentimes handily made available in the package manager of most distributions. For instance, use the following command to install them both:

You will also need a terminal that has support for

How to Use Linux Stty Command?

How to Find and Delete Broken Symlinks on Linux