How to Schedule Reboot Daily in Linux

Reboot the system means turning off all the applications of the device and restart with a new state. We need to reboot when the system crashes and fails to work correctly. Whenever the system restarts, it comes with a fresh copy of the software and is loaded into the memory.

For Linux users, it is always easy to find the solution of operations you’re confused about. Similarly, if you want to reboot the system, you don’t need to install any specific tool or package.

Some of the processes also require rebooting the system for the configurational changes. It is good to reboot the system when needed, but doing it daily could create problems. So be careful!

The Crontab, or we can call cron table, is the built-in Linux utility that helps to schedule the processes and execute them at the specified time. The Cron table consists of predefined scripts and commands from where the Cron daemon reads them. The Cron allows the user to configure the predefined commands in the Cron table and set them to run automatically.

Some tasks need to perform daily, while some weekly, and similarly monthly and yearly.

Follow the guide if you want to schedule a reboot daily on the system:

Following is the format of Crontab:

Open a terminal and type the mentioned command to get /etc/crontab file: 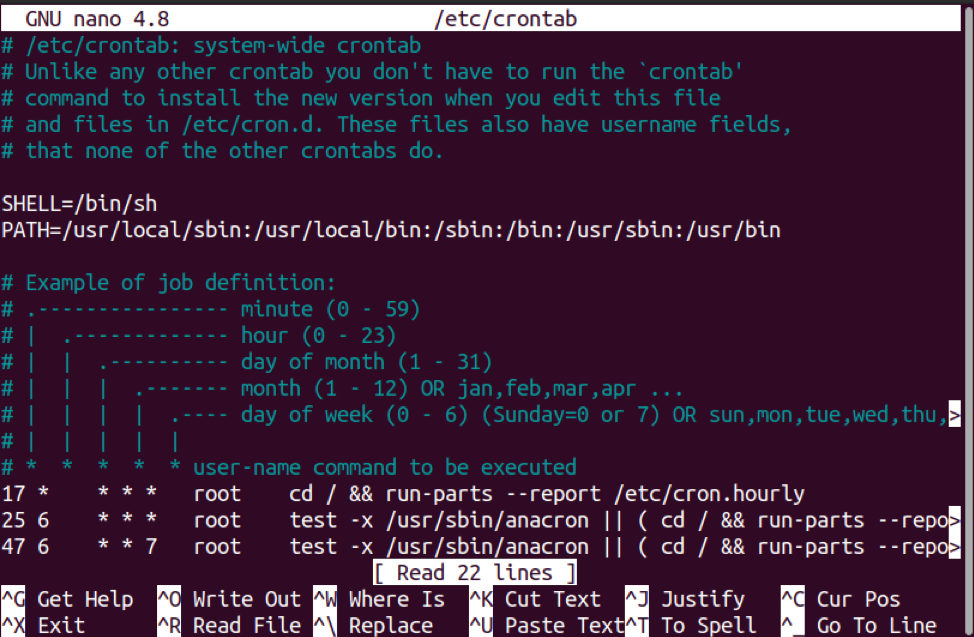 You can also get it using the command:

(You will be asked to select a preferable editor such as vim, nano, etc. for crontab file)

Scroll down the file and write the mentioned line at the end of it: 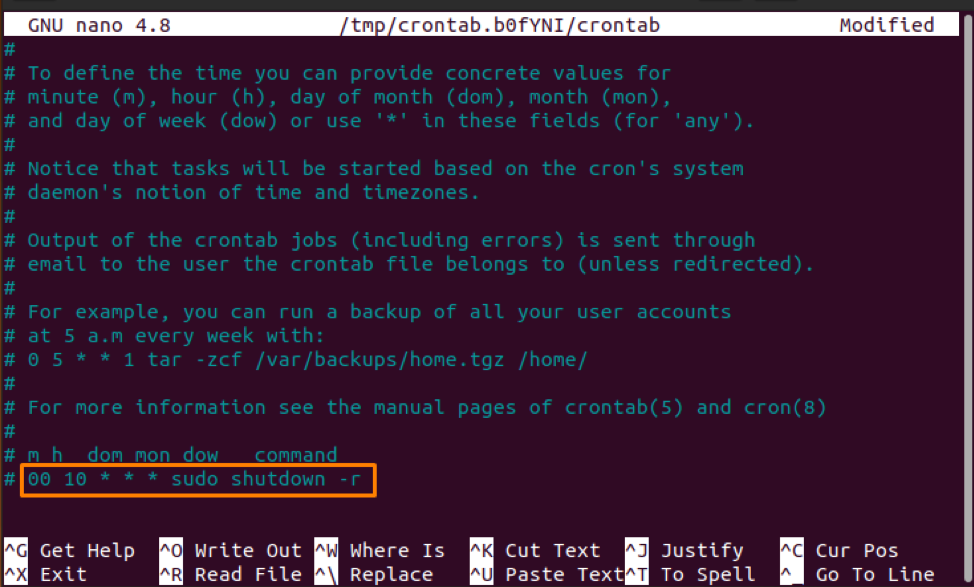 The above line will force the system to restart daily at 10 a.m.

Note that: The shutdown –r command is used to restart the system.

The Crontab utility helps to schedule processes and execute them on time. All the predefined commands are written in the Cron table from where Cron daemon reads them. To schedule a process, you can edit the /etc/crontab file and set timings according to the requirement.

What is the dev loop in Linux

How to Run Java from Command-line in Linux