The pwd is a helpful command for Linux users who are inexperienced and might get lost in the middle of directories.

The pwd is an abbreviated form of “Print Working Directory,” or we can call the Current Work Directory. It displays the name of the current directory with the root path.

It is the most frequently used built-in shell command by Linux system administrators.

The Syntax of pwd Command is:

Here are a few most commonly used commands of pwd. Let’s check how they work in Linux System:

To display the current working directory in Linux, use the command:

1. pwd –L
The -L flag is used to print symbolic links; in other words, in Linux, it points towards the file or folder where you are currently working in.

Create a symbolic link in a home directory named Linuxhint and move the present directory to the newly created one.

Now, use the given command to check if it’s working:

2. pwd –P:
The -P command is used to print the actual path without any symbolic link.

The pwd command comes pre-installed. You can check the pwd version through the command-line by given command:

The following command will help you to display the list of all locations having executable name pwd:

When you use the help command, it will show you pwd command options.

To get it, use mentioned command in the terminal: 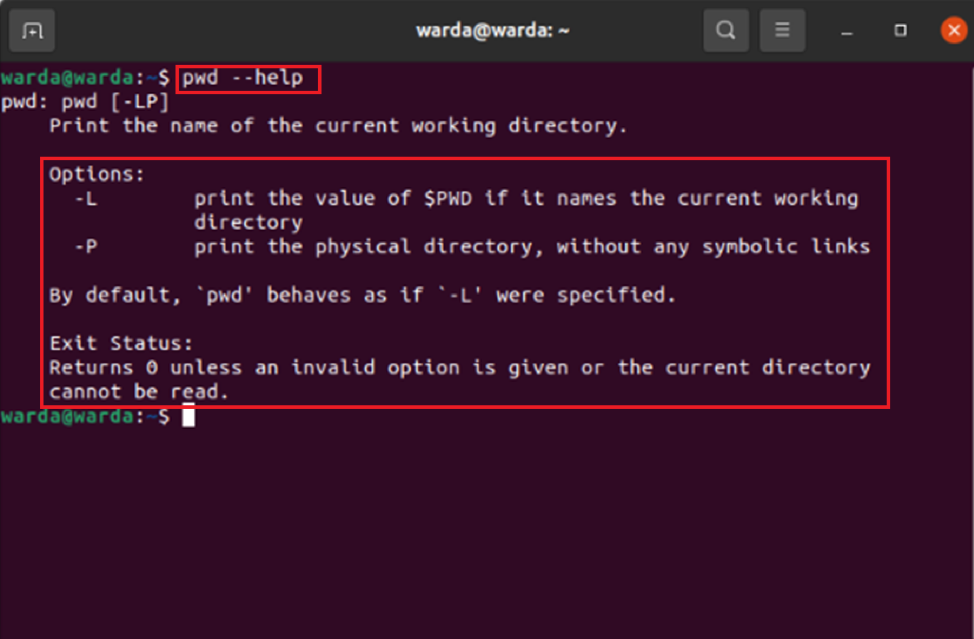 To store the path of the current directory, the echo $PWD command is used. It functions the same as the pwd –L command:

To get current and previous directory using one command, type:

We have seen a brief explanation of the pwd command and its examples. The pwd command is a widely used shell built-in command in Linux systems. It displays the current working directory on which the user is working.